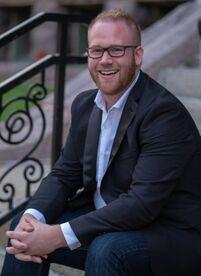 John Parezo is thrilled to be serving as the first choir and show choir director at the all new Jefferson High School. It is going to be an exciting journey to build this program of excellence with the amazing Jefferson students and staff. He looks forward to getting to work with the fine musicians in the NW part of town!

Most recently, Parezo worked at Roosevelt as the assistant choir director from fall of 2015 to spring of 2021. He was the director of Roosevelt High School’s Chorale, RiderChor and Capitol Harmony show choir. He also co-conducted Mixed and Freshman Choruses. Under his direction, the Roosevelt RiderChor (formerly President's Men) was invited to participate in and served as a featured performance choir for the 2017 Augustana University’s inaugural "Vikesing" Men's Festival, the 2018 South Dakota State University Choral Inservice, and for the 2018 Real Men Sing Men's Choral Festival at Wartburg College. Capitol Harmony show choir earned several grand champion placements in unisex division competition along with numerous evening finals placements.

Prior to his appointment at Roosevelt, Parezo worked with elementary, middle and high school level general music, choirs and show choirs in South Dakota and Iowa. In 2016, Parezo served as the NC-ACDA Middle Level Men’s Honor Choir Co-Chair, and he served as the Technology Chair for the South Dakota chapter of the American Choral Directors Association for five years and is currently the Show Choir Chair for the South Dakota High School Activities Association. Parezo was named Roosevelt High School Assistant Director of the Year for both the 2018-19 and the 2016-2017 school years. He was also the 2017 SD-ACDA Overture Award recipient - an award given to outstanding choral directors in their first five years of teaching.

​Parezo holds a Bachelor of Music Education degree from South Dakota State University and is pursuing a Master of Arts in Teaching degree from Morningside College in Sioux City, IA. 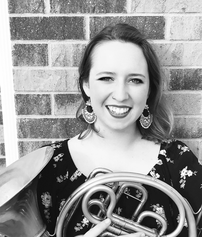 Rebecca Hiigel graduated from the DePaul University School of Music in Chicago, IL with a degree in French Horn Performance and Music Education. Through her studies, she earned her certification to teach K-12 Vocal and Instrumental music. Over the last 12 years, Ms. Hiigel has performed with many advanced choral groups including the DePaul Concert Choir and multiple honors choirs. Additionally, she took independent studies in vocal pedagogy with several of the private voice teachers at DePaul during her time there. She has performed in leading roles for many different musical theater productions in the Sioux Falls and Chicago communities.

​While living in Chicago, Ms. Hiigel had the opportunity to teach at several urban and suburban schools in the greater Chicagoland area. She spent three years as a music teacher for the Chicago Symphony Orchestra's Once Upon a Symphony program, one year as an elementary vocal music teacher at Jahn Elementary School, and half a year at River Grove Middle School and Leyden High School in the western suburbs of Chicago. Most recently, Ms. Hiigel taught orchestra at Hayward Elementary and George McGovern Middle Schools, and served as the accompanist for the GMMS choir program. 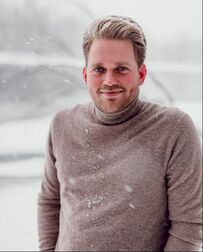 ​Nick Quamme is a freelance choreographer, raised and now based back in La Crosse, Wisconsin! Nick has professionally trained and performed for the past 15 years in various areas of the performing arts, including musical theatre, studio dance, and competitive show choir. Nick’s professional work is currently focused on show choir, choreographing for nearly 30 different groups across the US. Nick was honored to be named the Fame Aspire Awards' “Best New Choreographer” in 2017, with nominations in 2016 and 2018. Outside of choreographing, Nick loves spending time with his family + friends, traveling, exploring the outdoors, and spoiling his cat, Fern. Nick is beyond blessed and thankful to call show choir his passion and career. More than ever, he is grateful for the wonderful students and staff he works with. 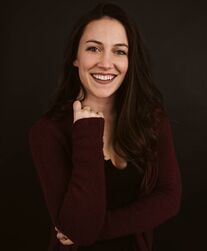 Tori Brindis is a full-time freelance choreographer living in Los Angeles, CA. She is 30 years old and has been studying dance her entire life. Originally from Connecticut, she was a member of high school show choir and a student of dance. She graduated from Central Connecticut State University with a BA in Spanish Language and a minor in dance. Throughout college she participated in many shows and musicals as well as spending her summers at Show Choir Camps of America, where she connected with many other industry professionals. After college she moved out to LA and was signed by an agency that pushed her to dance professionally for 3 years having roles in many different shows, music videos, and live performances for LA Fashion Week, ABC's Mixology, Tokyo Disney's Little Mermaid attraction and much more. She continued to work with show choirs through that time and eventually made the full time switch from dancer to teacher. She has been choreographing show choirs full time since 2014 and loves every minute of it. She works with groups on the east coast, Ohio, Indiana, Nebraska, Illinois, Arizona and California. She loves getting to work with amazing programs that share her same passions for teaching life lessons through music and dance. When she's not teaching she loves enjoying the LA weather with her family and pets!